I hope you've had a chance to explore all of the wonderful features of my site. If not, perhaps take at the various options on the menu bar.

But if you are ready to move on and check out more Robin Hood and related websites here are some suggestions. 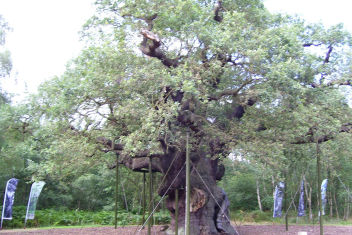 Robin Hoods of the World

Robin Hood is often considered the archetypal outlaw hero. As a result, many cultural heroes are referred to as the Robin Hoods of their respective countries.

These sites are about Robin Hood-like characters from different countries. These heroes and villains can be real, legendary and completely fictional. It should also be noted that these legends are in no way inferior or subordinate to the Robin Hood legend. Some of these tales predate Robin's adventures.

I'd love to know about more "Robin Hood" characters from different cultures. So please e-mail me with more suggestions for this section.

Would you like to learn more about Robin Hood? Check out these other sections of this website

© Text and Location pictures, Copyright 2019 Allen W. Wright - All Rights Reserved
The Robin of Sherwood photos are courtesy Spirit of Sherwood and used with permission
As an Amazon Associate I earn from qualifying purchases from the links associated with these interviews (at no additonal cost to you).